Which is your ideal wine? Let us guide you in the choice of the wine
It is finally possible to pair YOUR perfect wine to the Italian courses.
It will be a practical help to know better wine, food and your favourite tastes.
CLICK HERE! FIND HERE YOUR WINE 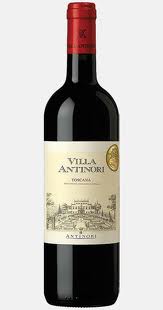 CLIMATE
The 2009 vintage was characterized by the frequent rainstorms of late winter and early spring; the ample availability of ground water and fine temperatures assisted in a very regular bud break and abundant development of vine vegetation. Dedicated, systematic vineyard work was necessary to restore a proper balance between the vegetation and the grape production. Rainfall was not lacking in the months of June and July, either. The month of August was substantially, dry and this favored a steady ripening of the grapes. Picking began with the Merlot grapes during the first ten days of September, continued with the Syrah, and then with the Cabernet Sauvignon and Sangiovese. The harvest terminated at the end of October.

VINIFICATION
The harvested grapes were destemmed and given a soft pressing, then fermented in temperature-controlled stainless steel tanks. The fermentation began a day after the crush and lasted between five and seven days; skin contact, instead, continued for eight to twelve days. Fermentation temperatures never went above 28° centigrade (82° Fahrenheit) for the Cabernet Sauvignon and Sangiovese grapes in order to favor the extraction of color and soft tannins. In the case of the Syrah and Merlot grapes, temperatures were held to a maximum of 25° centigrade (77° Fahrenheit) in order to preserve the aromatic character of the varieties. The young wines went through a complete malolactic fermentation in October and November and then went into 60 gallon French, Hungarian, and American oak barrels and aged for a period of twelve months. The wine was given a further eight months of bottle aging before release.

HISTORICAL DATA
This wine was first created and marketed by Marquis Niccolň Antinori, father of Piero Antinori, in 1928 and was the first Chianti intended as a long-lasting wine capable of improving with age. In 2001 Piero Antinori inaugurated a new phase for Villa Antinori, which became a Tuscan IGT produced from a selection of better grapes grown exclusively in the vineyards of the Antinori proprietary estates in Tuscany. The design of the label has remained as it was in 1928, with only minimal adjustments, first in 1990 and then in 2001.

TASTING NOTES
The wine is ruby red in color with intense aromas of cherries, mint, and, particularly, chocolate. On the palate the wine is ample in body, supple and with velvety and soft tannins, long and savory.